Explore the Island of Hokkaido in Japan by Rail

Australian Residents traveling on a Japanese Passport are not allowed to purchase JR Hokkaido Rail Pass.

JR Hokkaido Pass no longer covered the rides on following Hokkaido Shinkansen line of “Hayabusa” or “Hayate”.
Kikonai-Goryokaku (As this JR line will be owned by private train line of “Dounan isaribi” line JR Hokkaido pass no longer valid on this line).

Services of Hokkaido Shinkansen line will end their service.

Unlimited use of trains operated by JR Trains in the Kanto (Tokyo, Kanagawa, Chiba, Saitama, Gunma, Tochigi and Ibaraki Prefectures) and Tohoku (Fukushima, Miyagi, Yamagata, Akita, Iwate and Aomori Prefectures) region and JR Hokkaido trains in Southern Hokkaido (as far as Sapporo) on 6 days of your choice within a 14 day period.
Only the following non-JR trains lines lines can also be used with JR East South Hokkaido Rail Pass,
- Limited express trains between Shinjuku and Tobu-Nikko and Kinugawa Onsen and local trains between Tobu-Nikko, Shimo-Imaichi and Kinugawa Onsen.
- All trains along the Izukyu Line between Ito and Izukyu-Shimoda on the Izu Peninsula.
- All trains along the Iwate Ginga Railway and Aoimori railway between Morioka and Aomori.
- Tokyo Monorail between central Tokyo and Haneda Airport.

In the designated area, you can use all type of JR East (including Bus rapid transit and JR Hokkaido trains, including Shinkansen (except Tokaido Shinkansen), limited express trains local trains (except some "liner" trains). Seat reservation can be made for free. 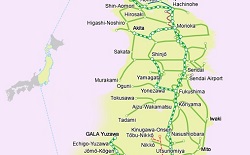 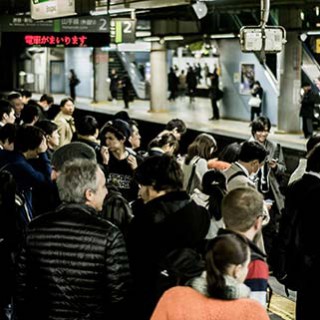